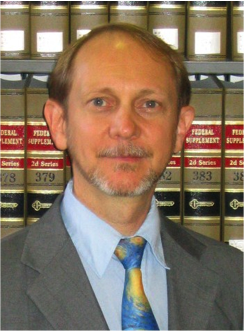 Alan is currently the only attorney in the USA who devotes all of his time exclusively to advising and acting on behalf of vaccine-damaged children. He announced it’s best to get an attorney BEFORE you get into trouble! He began his presentation by reminding us all that the measles began to decline before the vaccine was introduced in 1973 and how there was a big jump in 2002 of influenza deaths occurring in children, which correlates with the CDC directive introducing the influenza vaccine into the early childhood schedule. Alan exclaimed, “We have a third world infant mortality rate in the USA!” Allan continued to deliver some very hard punches against the CDC and WHO and much of his presentation concerned the lies, cover-ups, scandal and injustices in vaccine science and legal issues. According to the WHO it is estimated that corrupt medical practices costs 23 billion dollars per year.

We heard how in the 1900 ‘s mortality rates of the major diseases declined in spite of the fact that vaccines weren’t available. Of course we all realize that improvement in living conditions, nutrition and proper sanitation has been the main player in improving public health. He discussed at length the polio vaccine problems of the 1950 – 1960’s that led to many children being damaged and how statistics were manipulated and the actual definition of polio was changed to present a very different face to the public than the actuality of vaccine efficacy. The truth is many more cases of polio were created as a result of the mass vaccine campaigns thus increasing the number of deaths and paralyses attributed to polio rather than the vaccine.

Marsh Angell MD, Harvard editor of “The New England Journal of Medicine,” claims that it is simply no longer possible to believe the studies and research claims because they are often false or exaggerated. “The case against science is straightforward. Much of the scientific literature, perhaps half, may simply be untrue.” We also heard how Richard Horton, the chief editor of “The Lancet” published an article explaining how three MIT students fooled the world of scientific journals by creating a computer program that generated hundreds of fictitious studies which were then submitted to the lancet and published as peer reviewed studies.(MIT News April 14 2015).

Alan described how congress stepped in to save the vaccine industry from too many claims against it by creating The Childhood Vaccine Injury Act of 1986, a no fault act. The act created the vaccine injury program. He elaborated upon this act and all of its implications. The Vaccine Adverse Event Reporting System (VAERS) was also created in 1986. Doctors have to submit certain information about those who receive a vaccine and there is injury but there is no penalty if they fail to report so they are not making the effort! According to The Statue of Limitations in the USA, parents only have three years to claim compensation for a vaccine injury or just two years after a death. Claims have to be made in that time frame, parents cannot claim once their child becomes aged 18. $227.4 million dollars per year is paid out mainly due to the flu vaccine claims and that many studies say flu shots do not work.

Alan continued to talk about the laws in each state, how they differ and all the scenarios parents face depending on where they live including vaccine custody disputes when a family splits up. Of course California was high on the agenda, as with SB277 they are in the process of removing the religious and philosophical exemption law. We learnt that when an emergency is declared such as in a local disease outbreak, an epidemic, pandemic or a bioterrorism threat/ attack and vaccination is mandated there are no medical exemptions available except in the State of Minnesota. A harrowing thought for all those who have purposely sought not to vaccinate because of a problem in the past.

Alan concluded by telling us to be careful when navigating the Internet, as some anti-vaccine sites are not reliable sources of legal information. We were given a number of places to gather more information: